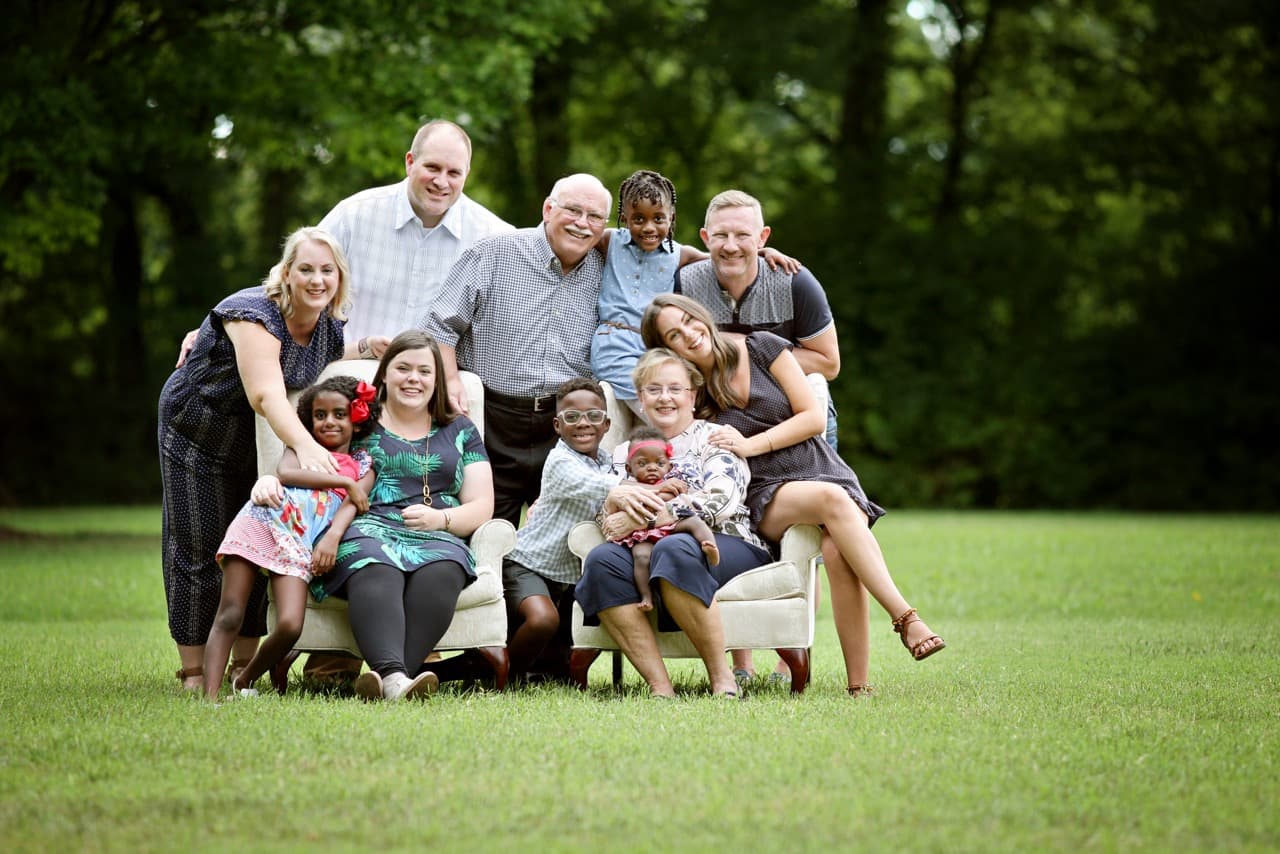 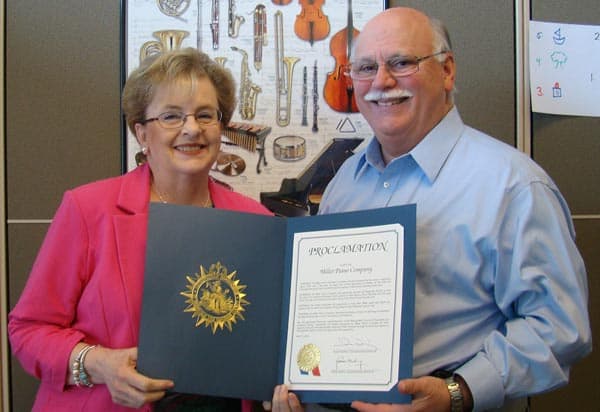 April 17, 2013, Ross and Sylvia Miller and Miller Piano Specialists received a Proclamation stamped by the Metropolitan Government of Nashville and Davidson County.

In conjunction with The Nashville School of the Arts they received this award due to their generous contribution of Yamaha Disklavier Grand Pianos in their Winter and Spring piano recitals.

They were honored for their generosity and education and support in the Music programs of our area.

January 2, 2002 – (Franklin, TN) – James R. (Ross) and Sylvia L. Miller, married since 1973, celebrate over 80 years in the piano business (that’s over 40 years each). They first met in 1971 while students at East Tennessee State University (ETSU) in Johnson, City, TN, while working part-time at a local music store. The proud parents of Rebecca, Jennifer, and Amy, the Millers opened their newest store, Miller Piano Specialists, on January 2, 2002, at 539 Cool Springs Boulevard in Franklin, TN.

The Millers are not new to company ownership. Ross has a long history of music sales including General Manager of American Keyboard Gallery (now Steinway Piano Gallery), in Nashville, TN. Prior to American Keyboard Gallery, Ross was district manager for Kimball International (Jasper, IN) for 8 years and was manager and co-owner of Tadlock Piano and Organ Company in Winston-Salem, North Carolina, from 1977-1988. Ross was also Band Director for St. Paul High School in St. Paul, Virginia from 1973 to 1974. Ross holds a Bachelor of Science degree in Music Education from East Tennessee State University.

Sylvia started her career with Hammond Organ Company in Johnson City as a final inspector, moving to sales and education specialist at Martin Snader Music and then to Tri-Cities Music Company in the same capacity. She was also co-owner of Tadlock Piano and Organ Company in Winston-Salem, NC, from 1977-1990. While Ross was working at Kimball, Sylvia was General Manager of Schuttler Music in Evansville, Indiana. Prior to opening Miller Piano Specialists, Sylvia was manager at American Keyboard Gallery in Brentwood, TN. Sylvia holds a Bachelor of Science in Elementary Education and a Minor in Music from East Tennessee State University.

In 2010, Miller Piano was honored to be named the only authorized dealer for Yamaha Pianos in Middle Tennessee.